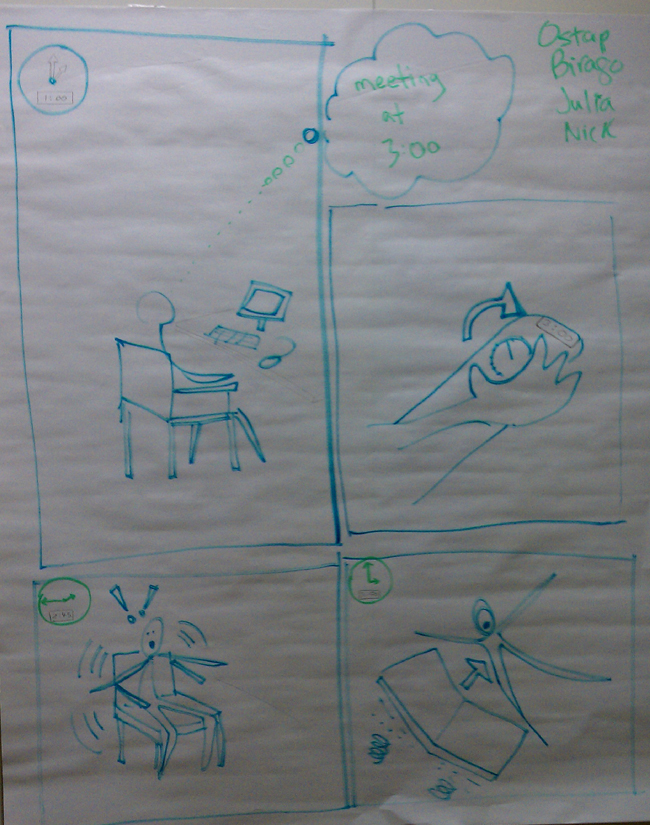 The Tangible Interfaces class is broken into two parts. A 2 hour lecture and a two hour workshop. So far, we’re going over an introduction to the class. It’s super interesting. TUI or tangible user interface is not a new concept. However I don’t think anyone’s articulated this as a field. There are many research areas within the Media Lab that seems to overlap: Human Computer Interface (HCI), Fluid Interfaces, Object Based Media, etc.

The latter half of the class continued our discussion/workshops on prototyping techniques. This week we were split into groups of four and had 50 minutes to create a tangible product and storyboard its functionality. We created an alarm-clock chair that was tied to the user’s event calendar. 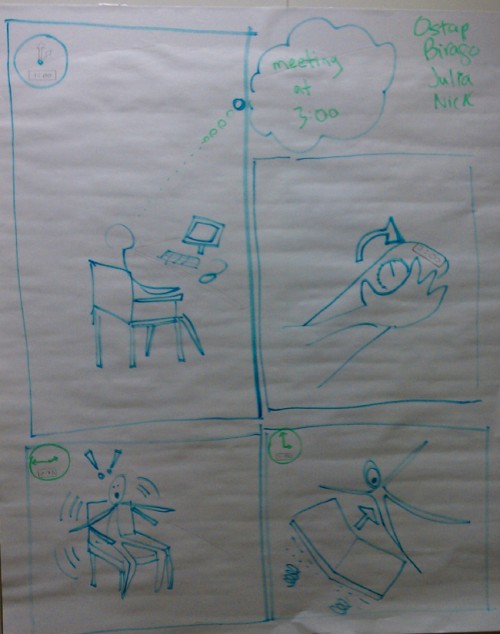 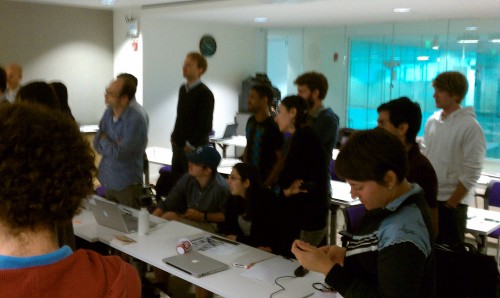